by Homeowners Association California | May 24, 2016 | How to..., Information for Board Members and Community Volunteers 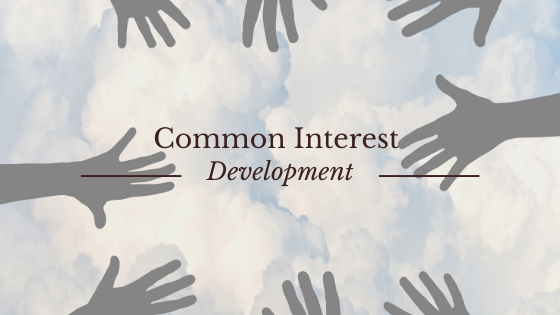 We have mentioned the Davis-Stirling Act as the major governing body for HOAs in the state of California. But how many HOAs actually know the history of the act and the authority of the Davis-Stirling Act? As a member of an HOA, it couldn’t hurt to know where all the rules come from, right?

As part of the California Civil Code, the Davis-Stirling Common Interest Development Act begins with section 4000. Originally introduced by Assemblyman Larry Stirling in 1985, the Act has gone through only one large revamping in 2012. Since then, it has been the backbone of all HOA legal happenings for the last 30 years.

The purpose of the Davis–Stirling Act was to establish a legally binding framework that regulates HOAs for all “types of incorporated developments.” This basically means that HOAs have the power to collect fees from members for the sole purpose of “benefitting the community.” which can be anything from enforcing the rules to maintaining the right atmosphere.

Even though HOAs aren’t technically governmental entities, they function very similarly and are recognized by the Supreme Court of California as such. The Declaration of CC&Rs essentially serves as the constitution of the HOA and is legally binding to the members as long as it does not interfere with both state and federal law.

Also, many of these have been subject to changes throughout the past several decades, and they’re all documented on the Davis-Stirling website. But let’s take a look at a few that are significant.

New Civil Code §5300 and §5310 require that Annual Budget Reports and Annual Policy Statements, and it must be delivered to all association members on a yearly basis. This replaced the previous budget and disclosure requirements that were outlined in the Davis-Stirling Act.

Civil Code §5350 introduces new provisions that help prevent conflict of interest matters while conducting board business. An association board member may not vote on matters that concern him or herself.

Exclusive Use of Common Areas

Associations are now permitted, without member approval, to grant exclusive use of the common area for certain reasons.

New penalties have been introduced for associations that do not comply with certain requirements of the new Davis-Stirling Act, such as board meeting requirements. Associations may be liable for a penalty of up to $500 for a violation of the Common Interest Development Open Meeting Act (CIDOMA).

HOAs are now required to hold properly noticed hearings before the board of directors prior to levying a reimbursement against an accused member for repair costs related to common area damage.

An HOA cannot be held responsible for temporary relocation costs that are acquired by a resident during relocation for common area maintenance or repair.

Of course, the point of documenting these changes is to help give you a tool. We want to make sure that your HOA’s documents are up to date with what the Davis-Stirling Act decrees. Oftentimes, it takes a while for HOAs to conform to these new changes, and keep up with the Act itself. In September, provisions now allow HOA members to have fake grass on their lawn without penalty. The point is, know what your HOA is up to, and make sure that it’s up to date before conflict becomes the driver for change.