How to Get Ready for Homeowners Association Holidays? 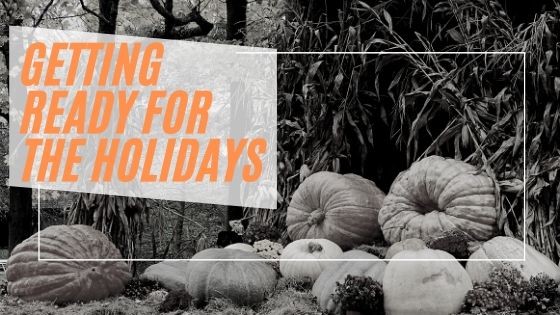 As the weather starts to cool, and you see leaves begin to fall from the trees, you know fall is here. It not only means sweaters, cocoa, and warming by a cozy fire but that the holiday season is fast approaching. Every month from October through the New Year will have national holidays that many enjoy celebrating. Part of that reveling in that celebration could be decorating. Everything from a string of lights to a full-fledged life-sized village covering the entire lawn will be seen.

As an HOA board member, you will have the role of guiding any homeowners who have questions about décor, resolving disputes that arise related to decorations, and handling other holiday-specific issues that come up. We’ll go over some of the most common HOA and homeowner concerns that are seen during the holiday season, along with some suggested solutions.

What Can the HOA Board Do?

The good news is that your HOA should already have established guidelines on what kinds of decorations are allowed. Also, how early they can be set up when decorations need to be removed. Every homeowner has agreed to these rules and should be familiar with them. Some of the more common rules are what color decorative lights may be, whether inflatable décor is allowed.

The first thing a homeowner association board can do to help ensure a smooth holiday season is to send the rules regarding decorations. Help homeowners stay on top of it by refreshing their memory and highlighting common concerns and past points of contention. The board may even want to send them around several times as some people take their decorations very seriously. Some members start planning early – professional decorating companies report that most people have locked in their December choices by August. Make sure the rules are useful by sending them out early, but also again right at the start of the holiday season.

Of course, the HOA board needs to make sure any of the common areas that have been decorated closely follow the rules. (Don’t forget to allocate some funding to decorate those common areas when you create your annual budget). If you can afford it, hiring professionals to decorate the community takes some of the stress off of you. Or you can create a decorating committee.

It can definitely be challenging to cater to the neighbor who wants to celebrate a holiday in a big way and the neighbor who does not want to see any visual reminder of a holiday, much less hear additional noise or see bright lights shining through their windows. They both have to co-exist and find a happy medium within the regulations of the HOA. And the board wants to allow some creative freedom, but keep the community looking polished overall.

During the holiday season, many HOAs regularly check out decorations as part of their usual inspections and work with a homeowner who is outside of the rules. It also is not unusual for conflicts or disagreements to arise. After all, decorations are largely about taste and preference, which can be very different between neighbors. One person may find flashing multi-colored lights nostalgic and sentimental, while someone else just sees an irritating, tacky eyesore.

Whether the questionable décor is the result of an inspection by the HOA or a disagreement between neighbors, usually there is a process to follow just like any other conflict. The unhappy resident probably files a complaint, and the board investigates the issue. A letter is usually sent to the offending homeowner, with photographic evidence of the violation. Most of the time the problem is simply being unaware of the rules and is fixed quickly.

Many disagreements are avoided by encouraging neighbors to communicate and be considerate of one another. Very few people intentionally offend another homeowner. Asking if the Smiths across the street mind a pumpkin patch and corn maze on your front lawn will let you know beforehand where they stand.  You might even find out you have similar tastes and coordinate or have a block-wide theme. But even if your neighbors give the thumbs up to your creative ideas, remember to be considerate. They may have loved your concept, but the loud mechanics of a flying witch or super-bright lights from a Christmas display are actually keeping them up at night. Turning off lights and sounds at a reasonable time will help keep the peace.

This isn’t limited to HOAs, but first, amendment issues have even come up at times. It may seem like a harmless prank to label the dummy featured in your graveyard scene as “Sam From Next Door,” but it actually can be seen as a threat or intimidation. And even without getting into specific people, there have been instances where Halloween decorations were a little too realistic and people thought an actual crime had been committed.

With some helpful guidance, the decorating aspect of the holiday season can be smooth and painless. The HOA board should remind homeowners what the regulations are, makes sure the common areas are following those rules, and use communication to resolve any conflicts. Violations are usually just a result of not being aware of the rules and can easily be fixed.