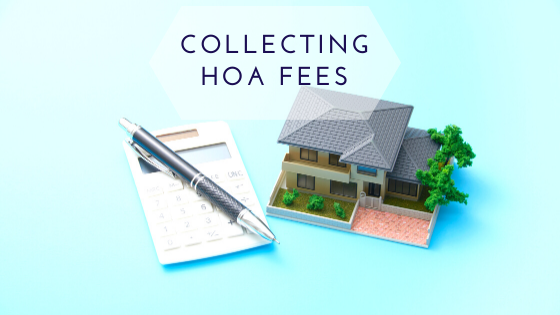 When an HOA homeowner has failed to pay their fees, the board has a fiduciary responsibility to pursue collection of that money.  The entire community depends on the benefits the dues pay for. If the board can’t pay for services that are expected by the community, there could be big problems.

There are many options to pursue payment of late fees. The non-legal options include a friendly reminder that they missed the payment, an official notice with late fees spelled out, or denying access to community services for that homeowner. HOAs have had success with these options.

However, if the homeowner still does not pay the money owed to the association, more drastic action has to be taken. When a homeowner in an HOA has not paid their fees, the HOA has several options to collect the money they are owed. They can sue in small claims court, pursue a lien and foreclosure on the property, or get a judgment against the property owner.  An attorney can help determine which is the best path for the HOA to get the money owed to the community and offer assistance while you pursue that solution.

Enforcement Fee of the Rules

First, the rules should be enforced consistently and fairly. Letting some homeowners slide while the board cracks down on others will breed resentment and undermine the board’s authority. There can be bigger problems for the board if the rules aren’t enforced uniformly. They will be open to lawsuits or other legal actions by homeowners.

Enforcement is a step by step process that should be detailed in your governing documents.  This includes the escalation of financial penalties. The first step is usually a polite warning letter, to give the homeowner time to resolve the issue before fines are imposed.  The letter should specify what fines could be imposed going forward, and give them a specific deadline.

Fines are typically added to those rules to put some teeth behind them and make sure people comply. Those fines must be stipulated and consistently and fairly enforce throughout the HOA. Generally, the act of enforcement is a process, not a one- time event.

If the fines aren’t paid, the board can take further action. They might place a lien on the home, then pursue foreclosure or other legal action.  The homeowner also has a process if they feel they are not being treated fairly. This can start with a hearing in an open meeting, and progress to legal action.

After an HOA files a lien against a homeowner’s property, they are legally allowed to use foreclosure to get the money in hand.  It is just like a mortgage foreclosure – the association can force the sale of the property to get payment for the debt. The ability to foreclose is granted under the law and is often spelled out in the HOA’s CC&Rs too. Even if there is still a mortgage on the property, the HOA can pursue and receive foreclosure.

Not every HOA fee debt can be paid through foreclosure. There can be some conditions put on pursuing this option. For example, a state might require the payment owed to be more than a certain amount, such as $2,000. Or that the debt has existed for a specific amount of time, such as two years.  It’s important to know your state laws on this point so you don’t waste time and money pursuing an option that isn’t yet available to you.

Usually, even the HOAs who haven’t initially met the required threshold for foreclosure do get there and can start the process. One positive effect of starting the process is that most HOAs report their foreclosure suits are settled before the property is actually sold. When the owner gets the notice that the board has been granted the right to foreclose, they work with the board to reach an agreement on how the debt will be resolved.

Another option is collecting through small claims court. In most places, starting the process is very easy. You fill out small claims forms, which can often be found and even filled out online.  Most of the information is pretty straightforward, such as the name and address of the property owner.  The complaint—what the dispute is about — usually asks why the owner owes the association money; when the payment was due; how the amount was calculated.

The HOA files the forms pays what is usually a small fee, and the court sets a date.  Once the date is set, the association is required to serve the homeowner, and the deadlines for that will vary depending on which state you are in.

The court may offer some mediation options.  If instead, your case goes before a judge, only the association management or board member may represent the association.  The judge hears the case and will either take time to deliberate or give their judgment right then.

If the association wins, there are still some steps to actually receive the payment. Now that they have a judgment lien, they can force a sale of the property, levy the homeowner’s bank accounts, or garnish their wages. The homeowner can appeal this decision, in which case it moves up to Superior Court.  At this point, the association will need a lawyer to represent them.

If the judge rules against the association, they are usually not allowed to appeal. There might be other options for them, but an attorney will need to give them guidance and help execute in whatever route is chosen.

The top benefit which has been given by HOAs for using small claims court is time and money.  Particularly when the amount owed is not too large, going to small claims court might make the most sense.  The only costs are the filing fees.  And if the judge rules in favor of the association, those fees are likely to now become part of the money owed by the homeowner.