HOA Solar Panels, What You Need to Know 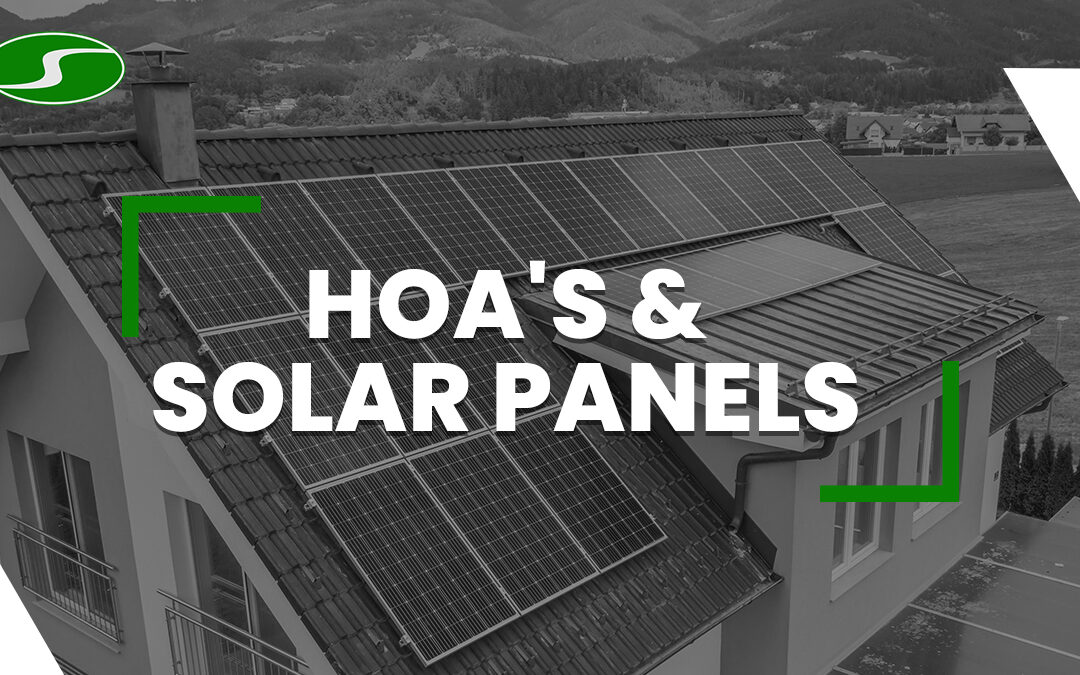 As solar power became widely available, more homeowners have considered adding solar panels to their homes. Installing HOA solar panels have a lot of benefits. You save money on electric bills and get access to a clean source of renewable energy.

But installing solar panels is harder in some neighborhoods than in others. Some states have local laws that make it difficult for homeowners to install solar panels in their homes. And in most cases, you’ll deal with homeowner’s associations. The HOA can apply and enforce strict measures and regulations about solar power and panels.

In fact, HOAs have many guidelines that apply to homeowners that fall under their jurisdiction. These guidelines cover everything from the style of solar panels to the way that the components are installed. Some HOAs even assess how solar panels are seen from a roadway or dictate when construction work starts.

While solar energy sources are a safe and legal way for homeowners to obtain free electricity, HOA is against homeowners trying to install panels onto their homes for various reasons. This is true in California, where HOA regularly enforces rules that seem random and unnecessary. Some of the HOA guidelines seem to target solar paneling in particular.

Whether this is due to HOAs finding solar panels tacky or political or financial reasons behind the strict measures, no one knows for sure. What is clear is that homeowners in California have to jump through hoops to get solar panels installed on their homes.

Is it Hard to Install Solar Panels in California?

One might think that they can change the look of their homes as they please; that’s not the case when you live under a homeowner’s association rule. The thing is, the HOA has control over how your property looks.

From your house’s paint colors to the type of plants you can plant in your front yard, the HOA has a say in every part of your home and how it looks from the road. The association could also enforce harsh penalties to anyone breaking the rules. They can evict homeowners from their neighborhood or charge fines for breaking specific rules. Sounds a tad dystopian, but it’s how some people choose to live.

California has passed various laws that protect homeowners seeking solar energy, most notably.  the Solar Act. But this doesn’t mean getting solar panels installed on your home is easier in California. You’ll still go through many processes before you get the green light. These processes include:

The application process takes at least 45 days, and assessing the documents for approval requires more time. Also, residents may have to deal with a generally unfriendly attitude towards solar panels by the HOAs. That’s because the association considers solar panels to be eyesores and ruins the uniformity of their pristine communities.

What’s the Motivation Behind HOA Rules?

The association considers solar panels to be eyesores and ruins the uniformity of their pristine communities. They think solar panels look tacky and want these out of their neighborhood. That’s why they force homeowners to move the panels from the front roof to the back roof to keep them out of sight.

Also, homeowners have to shoulder the extra cost of moving their panels to the back roof. Installing solar panels is by no means cheap, and the added charges make them a financial burden to homeowners.

Sure, solar panels are more affordable and effective over the years. But they’re still pricey. This can make HOA fines, construction guidelines, and arguably outdated standards on aesthetics a prime cause for griping homeowners. And since homeowners have a right to complain, lawmakers should do something about preventing HOAs from restricting homeowners.

Luckily for solar-loving homeowners in California, lawmakers heard their pleas and reformed the Solar Rights Act. The legal changes made it easier for homeowners to acquire solar energy and curb the control that HOAs had over the look of a neighborhood.

They changed the laws so that acquiring solar energy becomes easier for homeowners. Lawmakers changed the mandate that any installation process or construction change enforced by an HOA could neither inhibit the system’s efficiency or cost-effectiveness by more than 10%. They also changed that any re-installation couldn’t exceed the cost of $1000.

The Legal changes gave homeowners the right to request solar easements with their HOAs. A solar easement is a homeowner’s right to receive sunlight across the property for any solar energy device. It protects homeowners something they might never realize they have a right to, such as sunlight.

HOAs would deliberately block solar panels to force homeowners to remove them. These strategies include planting trees or structures to block sunlight from reaching a property. This is now illegal.

As a homeowner, you legally have the right to the sunlight landing on your property. Meaning any HOA-installed trees, street lamps, or signs that produce shade that prevents sunlight from reaching your roof is something you can dispute. The updated laws now protect neighbors who need to hire a branch-trimming service.

Unsurprisingly, there was a significant increase in solar panel installations in California since the Solar Act of 2012 was updated. This proves the clamor for solar energy among homeowners.