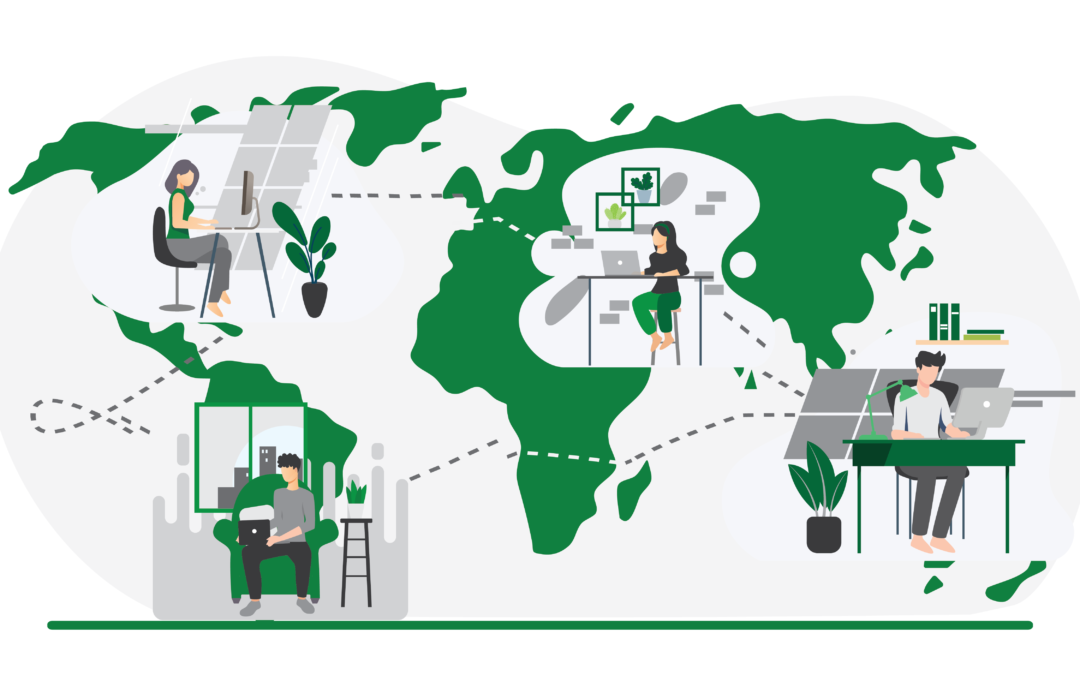 An interview with Prithwiraj Choudhury, a Harvard Business School professor who specializes in the future of work and studied companies that went 100% remote long before the pandemic.

A decade from now, offices shall be used for one thing and one thing only: quality time with colleagues.

“We will probably in 10 years stop calling this ‘remote work’. We’ll just call it work,” he said.

A long-time advocate of “work from anywhere,” Choudhury has studied firms that went 100% remote years before the pandemic, including software companies Gitlab Inc. and Zapier Inc. His research showed that a hybrid workforce is more productive, more loyal and less likely to leave. With companies from Twitter Inc. to PwC now giving employees the option to work virtually forever, Choudhury said businesses that don’t adapt risk higher attrition.

Choudhury spoke with Bloomberg journalists remotely from Boston last week. Following are excerpts from the conversation, lightly edited for length and clarity.

Is there anything on remote work that the media has seriously missed or gotten wrong?

Remote work is often pitched as something that employees want and employers don’t. My research has showed that this is a win-win. For employees, it’s great to work from anywhere because you can move to a cheaper location. You can live where you want to.

For employers, it’s a win as well because you are not constrained to hiring from the local labor market — where you have an office. The other big benefit is productivity. In the U.S. Patent Office, we documented a 4.4% productivity gain back in 2012, when they allowed patent examiners to work from anywhere.

The final win for employers is that work from everywhere leads to a fairer workforce, especially on the dimensions of gender and race. There’s at least two decades of research showing women have lost out on career opportunities because of geography. But if the company lets you work from anywhere, you don’t have to relocate.

What will be the norm of work 10 years from now?

This is a once-in-a-generation moment when people are not going to be forced to live where they don’t want to. Some people will find a permanent place to live; some will move around. The digital nomad revolution is going on.

We will probably in 10 years stop calling this “remote work.” We’ll just call it work, and work is something you do, not where you go or where you live. My prediction is the process will unfold in every industry and every country. There will be a few leading companies that will adopt this and attract talent, and there will be laggards digging their heads in the sand and losing talent.

Some are worried that a lack of hallway conversations may hinder innovation in the era of remote work. Is that a legitimate concern?

The truth about hallway conversation is we only had it with people very close to us in the physical office. You meet and talk to the same 10 people every day. And people talk to people just like them — sales talks to sales, R&D talks to R&D, and interns talk to interns.

What we can do in the virtual world is much better. In a study I did last year with a global bank, we ran an experiment of “virtual water coolers.” With a random group of people you don’t know — whom you’re going to meet online, it turned out that interns met senior managers they would have normally never met for an intimate conversation. It led to a dramatic improvement in performance and the chance of being hired.

Some managers argue that you can lose a lot when you never work face-to-face with colleagues. How would you assess resistance from managers?

I feel evidence needs to be put forward in front of them. In my model of work from anywhere, you have a lot of interactions. For 25% of your time, you are co-located with the team, mentoring junior people, going out for team dinners and making memories.

The office needs to be redesigned. Instead of having cubicles and corner offices, we need to have more meeting rooms, and community kitchens where the team can cook a meal together. The 25% time deepens your bonds within the team, and the virtual water cooler broadens your social network in the firm.

Still, financial giants such as Goldman Sachs Group Inc. insist on bringing workers back, saying remote work is an aberration.

I don’t think the work of financial analysts is any different from those in different industries which require some independent work and some collaborative work. I think it might be more of the choice of certain CEOs to stick to a certain model.

But in the fintech sector, there seems to be greater provision of flexibility. If investment banks push back on flexibility and fintech welcomes flexibility, you would imagine some of the top talents migrate in that direction.

Silicon Valley startups such as Bolt have recently decided to move to four-day workweek. Will more companies follow suit?

I have a different philosophy. We should not care about how many days or hours anyone works. Every job and task should have objective metrics, which are output based, and if an employee can perform those metrics in two days, so be it.